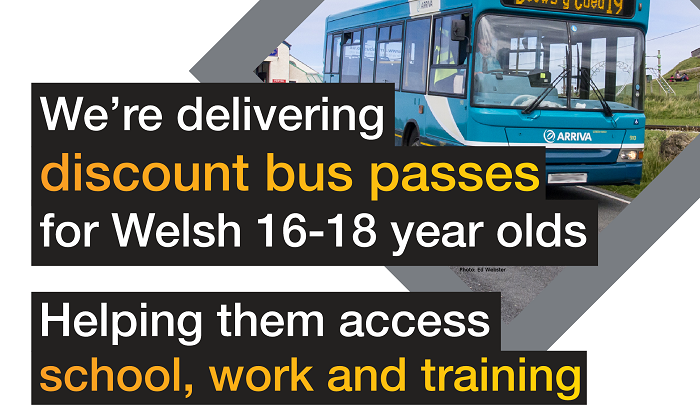 Welsh Liberal Democrats have welcomed the launch of Wales’ new ‘mytravelpass’ bus discount pass for young travellers.  The party secured £14.75m to implement their policy in a recent budget deal with the Welsh Government.  The scheme provides a third off bus travel across Wales for all young people aged 16-18 living in Wales and will benefit over 24,500 young people across the South Wales East region

Veronica German, LeadLib Dem candidate for the region, said: “Welsh Liberal Democrats fought for this discount because we know just how hard it is for young people to access work, education or training – particularly in the most rural areas of Wales.

“This pass will make it so much easier for young people in Wales to get around and get ahead, finally breaking down that barrier that stops so many from getting on in life.

More information on the scheme is available at Gov.wales/mytravelpass or Llyw.cymru/fyngherdynteithio